Another beautifully simple message from the Bible

I was reading Luke 8:4-15 earlier today, and it struck me how beautifully simple the message is. It reveals how important and valuable God’s word is, and what happens in different situations when God’s word is heard. As you read it, consider the question: where am I grounded – am I grounded on ‘good soil’?

Parable of the Farmer Scattering Seed

One day Jesus told a story in the form of a parable to a large crowd that had gathered from many towns to hear him: “A farmer went out to plant his seed. As he scattered it across his field, some seed fell on a footpath, where it was stepped on, and the birds ate it. Other seed fell among rocks. It began to grow, but the plant soon wilted and died for lack of moisture. Other seed fell among thorns that grew up with it and choked out the tender plants. Still other seed fell on fertile soil. This seed grew and produced a crop that was a hundred times as much as had been planted!” When he had said this, he called out, “Anyone with ears to hear should listen and understand.” His disciples asked him what this parable meant. He replied, “You are permitted to understand the secrets of the Kingdom of God. But I use parables to teach the others so that the Scriptures might be fulfilled: ‘When they look, they won’t really see. When they hear, they won’t understand.’ “This is the meaning of the parable: The seed is God’s word. The seeds that fell on the footpath represent those who hear the message, only to have the devil come and take it away from their hearts and prevent them from believing and being saved. The seeds on the rocky soil represent those who hear the message and receive it with joy. But since they don’t have deep roots, they believe for a while, then they fall away when they face temptation. The seeds that fell among the thorns represent those who hear the message, but all too quickly the message is crowded out by the cares and riches and pleasures of this life. And so they never grow into maturity. And the seeds that fell on the good soil represent honest, good-hearted people who hear God’s word, cling to it, and patiently produce a huge harvest. Luke 8:4-15 (NLT)

Does God get exclusive credit for creation of the universe? 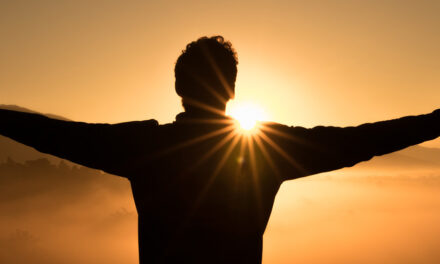 Just a couple of our current praise and worship favourites…